After a long period of silence, the constantly surprising experimental hip-hop group released a new full LP today for free on their website thirdworlds.net. Titled Governmennt Plates and still dawning a terrible album cover, the group continues the in-your-face unique sound they’re known for. Stream the album in it’s entirity below and enjoy!

The uber-talented Sacramento drummer of the electro-core trio Death Grips, is taking a small furlough to work on some personal endeavors in the form of film making. Pitchfork announced last week that Zach Hill is not going to be doing the European Tour with the band, but this recent  announcement comes almost a year to the day, that they weren’t touring last summer, choosing instead to record the album No Love Deep Web.

Zach is currently writing, directing and soundtracking an original feature film. The movie is of his own creation, fictionally based and not related to the group. The film will be soundtracked with all new Death Grips music. He is also working on and recording the new Death Grips album at the moment. Death Grips is Stefan. Zach. Andy. Zach is very much still in Death Grips.

The also confirming that original member/producer Andy “Flatlander” Morin is indeed still working with the group.

Wavves do their take on garage rock with Afraid of Heights 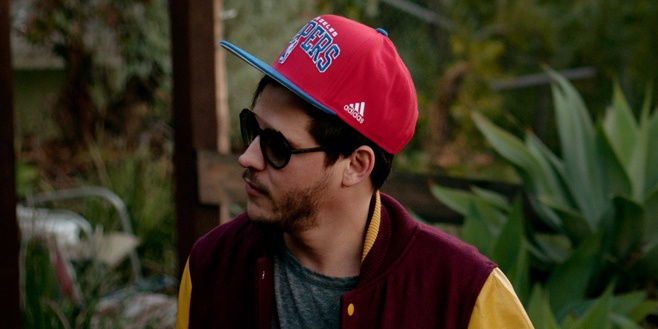 I was never apart of the Blink-182 craze, as the band never appealed to me. Their teenage boy style, and lewd music videos weren’t something I bothered to take part of. It was once I actually listened to the music that I was hooked. The melodies and lyrics were straight to the point and they always seem to hit the nail on the head with their music. Dude Ranch was the defining point of pop-punk for me, and anything after that just isn’t the same. It was a total 90′s thing and should stay that way. Time and time again bands are trying to recreate the same energy and atmosphere of the 90′s pop-punk sound, and are even taking their own twists on the genre.

Wavves is a noticeable force in this topic, because of their lo-fi and garage rock influences. Not to mention Nathan Williams is a huge listener of surf rock, and that seems to blend its way into the music. Their first album since 2010, Afraid of Heights, claims to have a cleaner production and to-the-point rock riffs. That’s partially here as there is noticeably less surf rock from the get-go and more garage rock riffs. The previous Wavves album, King of the Beach, was not my favourite album, but I liked the aggressive drums and blaring guitars over the shitty production. It had all the atmosphere an indie rock album should have. The major point I had was I wanted to see more hard edged rock tunes. That’s what Afraid of Heights didn’t do. Songs like the slow ballad, “Dog”, feels out of place. The opener, “Sail to the Sun”, also foreshadows that Williams is hoping to take Wavves in a different direction.

What Wavves does well this album is create super catchy hits. Tracks like the title track, “Afraid of Heights” and the second track, “Demon To Lean On”, carries the same energy that you got with King of the Beach. When I first listened to this album, I was hooked on a lot of the songs. Tracks like, “Paranoid”, were great throwbacks to the original Wavves sound, but now I hear that song I cringe. The sound seems forced. It’s the newer, unexpected songs that I’ve grown to like. “Cop” is a perfect example, because this sound wouldn’t be able to be achieved on past Wavves albums. The cheesy guitars picking and surfer rock drum beats get you dancing to the tune. You notice the difference once the quarter note crashes hit and you realize this couldn’t have been done on King of the Beach. The need for a clean production wasn’t there for the band in 2010.

I was hoping to see Zach Hill (Death Grips, Hella) take part in a bit of the recording process, as he is known for playing in the past with Wavves. Nonetheless, the drumming in the album is top notch and is a primarily strong point throughout it. Nathan’s signature strained pop-punk vocals generally shine throughout the LP, but tracks like, “Dog”, could have been left off. Lyrically, the album tends to touch on a lot of topics. Drugs, sex, and alcohol is a major topic throughout the album. Religious metaphors are also thrown around, but none of the lyrics really dig deep, and they feel more like drunken late night car thoughts than anything. They do have their time and place.”Beat Me Up” gives the album a boost of confidence as the final 6 songs are where the album starts to pick up speed and convinces the listener that this is a solid album. I read somewhere that Afraid of Heights could have been amazing if they combined the top tracks from the 2011 EP, Life Sux. Now this might seem like a “No Shit” situation, but it generally makes sense for this album. They are very much the same sounding, but Afraid of Heights at times seems very forceful with trying to fit into a sound.

Instead of sticking to their lo-fi, surf rock summer tunes sound, they tried a different take on their garage rock sound, but didn’t make it their own.  I very much enjoy the second half of the album (“Beat Me Up” onward), with a few songs from the first (“Demon To Lean On”, “Afraid of Heights”), and it makes this LP a solid one for any listener. Fan wills be disappointed if they adored King of the Beach‘s surfer atmosphere, but they’ll have a few tracks to pick and choose from. As a whole, I liked this album, but I can’t see myself coming back to it a lot until summer or the year end list. You never know, I can find something about Afraid of Heights and it’ll be the only thing I’ll listen too. It’s THAT kind of album.

Check out my favourite track here: