There’s nothing coming out of the London based Star Wars camp, as of late, that has me even remotely interested in how this will all turn out. No one really knows how or what, J.J. Abrams, will do with this beloved franchise. All we have to go on are his previous films, which aren’t bad, but they weren’t all that great either. This humorous open letter to the God of lens-flares, is the work of Prescott Harvey an employee at Sincerely Truman, a marketing company in Portland Oregon.

The short video talks about what every Star Wars fan has gone over and over in his or her head since the prequels “What made Star Wars great?”. I am posting this video because, for the most part, I totally agree with the films critiques. My only question is why didn’t someone do a video like this for George Lucas before he embarked upon raping our childhood with rusty tools?

Was it because we thought the film was in good hands, even though the introduction of the Ewok‘s foreshadowed the apocalypse? We should’ve been equally as hard on George, but we trusted him through three prequels, each time hoping it would eventually get better and it didn’t.

So now, in the year of our Lord 2013, we’ve decided to say something, well…for the sake of those that made this video and fans like me, I hope it gets heard. I especially hope J.J. Abrams pays particular attention to the part in the video about the mystery of the Jedi (an idea I proposed in a previous article on MITNG).

It’s important to keep in mind, for  those of us who grew up on A New Hope, The Empire… and Return.., that at the end of the day, it’s about money and no one has ever crossed the mouse and lived to talk about it.

J.J. Abrams, I give you all the respect in the world for taking on something like this. God Speed…you fool.

London based producer Jon Hopkins was clearly inspired by this track! Jon, whose worked with the likes of Brian Eno and Coldplay and has even dabbled in soundtracks, composing the 2010 sci fi film MONSTERS, is really just coming into his own…in my opinion.

He isn’t a household name yet, but he’s on the rise and his reworking of this Purity Ring classic” Amenamy” is undeniable proof of that. I’ve also included a track he worked on with Hayden Thrope of Wild Beats, the two covered the Q Lazzarus track “Goodbye Horses” that was made popular in the movie “Silence of the Lambs“.

Melt Yourself Down – Self-Titled Review 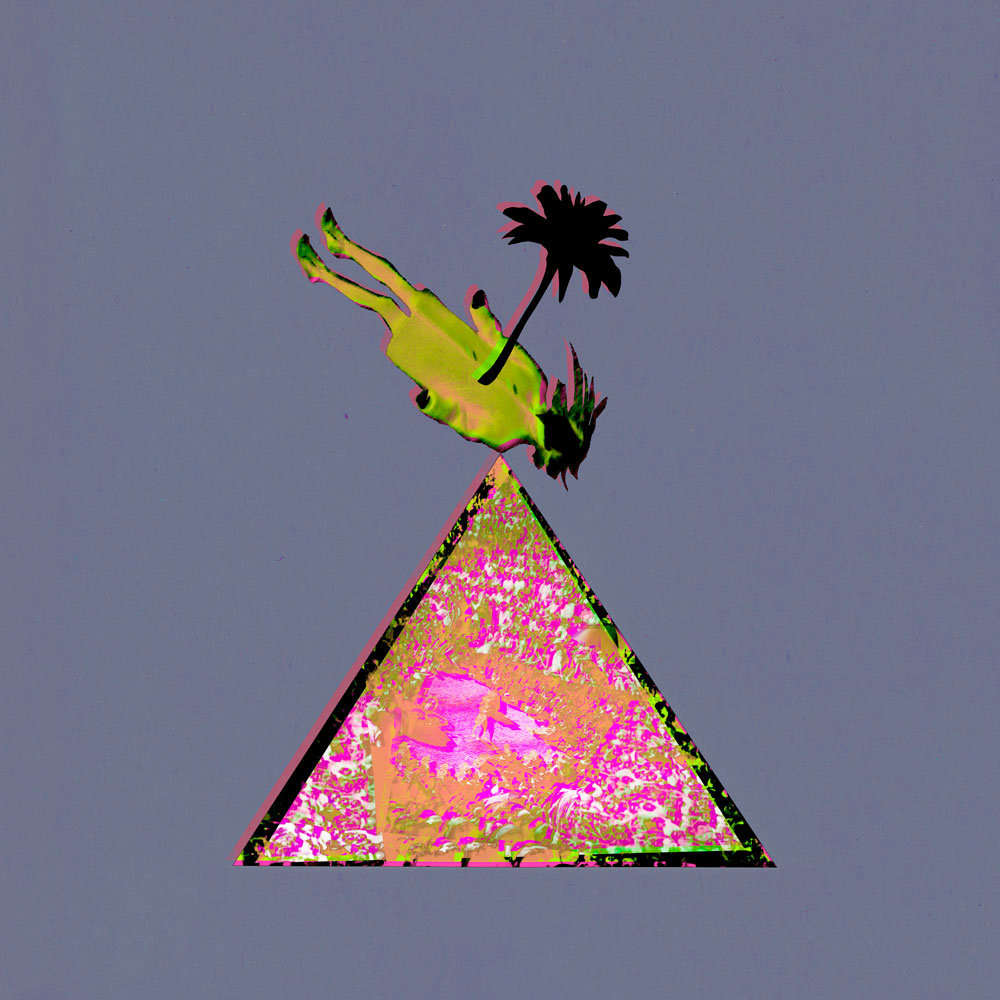 When dance music comes to mind, punk rock and jazz generally isn’t the first to make the list of ideas. The UK band, Melt Yourself Down, does just that. Their full-length self-titled debut off the leaf label stands out among the recent releases of music. It’s hard to pin them down to one genre, but the group has the instrumentation of a funk band, but that’s only the beginning of their range of sounds.

Right from the beginning, the lead single “Fix My Life”, is a groove heavy blend of rock, jazz, funk, and even a bit of punk rock with a middle-eastern tinge thrown in. Surprisingly it’s not at all hard to handle with all these different sounds making their way into the single. It’s one of the catchiest songs off the album and only gets the ball rolling for the rest of the LP. The second track, “Release!”, is a more straight forward groove track with a Latin influence in it. It’s not as diverse as the first track, but nonetheless is still strong.

Tracks like “We Are Enough” and “Kingdom Of Kush” are the generally rock oriented songs off the album. “We Are Enough” is my personal favourite because of the energy involved in the music. Even though all the songs are extremely upbeat and energetic throughout Melt Yourself Down, this track is especially stronger in that category. The funky bass line has a definite punch to it that stands tall against the crisp saxophone riff. All parts to this song are memorable. Not to mention the electronic editing throughout showcases the ever growing changes the band can handle.

The band has some serious exotic influence on the album. Although the music is very “westernized” to get to the point, they stand out among jam bands because of their overall diversity. That’s not to say the music is perfect. At 8 tracks and 36 minutes, the music can feel like it’s dragging even though it’s a shorter album. Songs like “Mouth to Mouth” and “Tuna” don’t change their rhythm enough to keep things fresh. “Mouth to Mouth” has a strong African vibe going on, but it doesn’t exactly fit when the songs slows it’s pace down over top the saxophone rhythm. To me it’s forced.

Melt Yourself Down know their sound better than anyone making this sound. That partially has to do with their uniqueness and the fact that the band is in their own sound to begin with. They’re a quirky band with a strong start. Although the album does take a toll on the listener with it’s energy and non-stop tropical party sound, they have enough diversity to keep the sound new. From track to track though, the songs do begin to sound stale. It’s an album that’s perfect for summer, or even to spice up an outdoor party, but that’s where I see the album ending.

Check out two singles, “We Are Enough” and “Fix My Life”:

Boards of Canada is one of my all time favorite electronica bands. When I was first introduced to their music in New York, I was hard-wired into their groove. It was like all my daydreams had a soundtrack now and I’ve been a die hard fan ever since, but one thing about the group is that they take their time on albums. It’s never less than ten years between most of their endeavors, at least with their latest works, I mean the picture they have on their home site has been the same for the last ten…at least. Who knows why they do it this way or if they work at a pub in Scotland when their not creating music, but what I know is that it’s always worth the wait.

News came down through the blogesphere earlier this week that clues to a potential B.O.C release were floating around. Me, being the skeptic, immediately dismissed it as false, but today I was on one of my favorite music sites Pitchfork and learned that indeed there is something to this rumor. This all came about when a lucky patron came across a mysterious B.o.C 12″ vinyl, during Record Store Day on April 20, 2013. Pitchfork did some research and contacted Warp Records and found out that it was legit, not only that, but one other record was found at Other Music in New York and it too was confirmed to be real. “What’s this all about?” you might ask. Well you’d think it would’ve been as easy as just putting the needle on the record and listening, but no…it get’s stranger.

The following comes via Pitchfork

The cover of the 12″ features this text: “—— / —— / —— / XXXXXX / —— / ——”. This led Reddit users to speculate that this was one of six releases which, when combined, would solve some sort of puzzle (or complete the sound clip– the snippet is bookended by empty space). The snippet from the release in the video below features the numbers “9-3-6-5-5-7″ recited in a robotic voice.

Don’t worry guys I’ve got your back and posted a the youtube of what was on the album. It is wild, but nothing I wouldn’t expect for the clandestine duo. These two are regular Howard Hughes‘s when it comes to their privacy so doing something like this does fall in-line with their method, but then it gets weirder and more exciting, as folks like me begin to wonder how much money they’ve spent on this promotion.

It looks like two more Boards of Canada clips from their extremely limited batch of mysterious Record Store Day releases have surfaced. This time, they were aired on different radio shows. Zane Lowe played the above snippet during his BBC Radio 1 show (via FACT). It features the numbers “5-1-9-2-2-5″. Meanwhile, the NPR show “All Songs Considered” ended their show with “a mystery”. It’s another clip, this one featuring the numbers “6-9-9-7-4-2″. But what does it all mean?

Well, it’s clear to me they are releasing an album, but when? I don’t have the time or inclination to look into these numbers, but perhaps someone should go to the SWAN station and type them “the fuck” in, cause a brotha needs to know now. All I gotta say is, I hope the cats who have the records will at least get a signed copy of B.o.C’s latest, cause it’s because of them that news of a new album by B.O.C has gone viral. Nuff Respek!!

What can I say, we’ve been waiting patiently since 2006 for a followup to the amazing album, Unture. It can be hard to nail down Burial‘s sound into a single genre. Although it is easy to tell his 2-step, garage, and ambient influences, his sound is very unique. What his early 2012 release, Kindred, did was only show […]

Guillermo Del Toro is bringing Pan’s Labyrinth to the stage

Caught this bit of news via Bloody-disgusting.com In what could potentially go horribly wrong or amazingly right, Guillermo Del Toro plans to produce along side English film/theater producer Robert Fox and film producer Gary Ungar, a musical based on a stage version of Pan’s Labyrinth written by Guillermo and Jeremy Ungar. But wait, it get’s […]

In what acts more like a cgi animators demo reel than a film Tears Of Steel is a dysotopian story of regret and redemption at least I think that’s what the director was trying to get across. Before I continue I want to say that this film is a text book case of animators who […]

Not to long ago I had the pleasure of watching Theo Jansen’s TED talk about these kinetic animals of his. He offered us a look into what a man made, self sustaining and environmentally friendly creature looks like. By blending his love for engineering, science fiction and animals he’s been able to wow us with […]

HANS ZIMMER RECORDS “AURORA” IN RESPONSE TO THE COLORADO TRAGEDY

From Cristian Bale to Christopher Nolan to Hans Zimmer, the amount of love they’ve shown for the victims of that senseless massacre has been unprecedented and now this amazing news comes from the Zimmer camp about a composition Hans has written for the victims entitled Aurora. “Aurora” is dedicated to those who lost their lives […]

My introduction to the music of Woodkid came as a result of the Assassin’s Creed:Revelations trailer, in it they used Woodkid’s song Iron. Iron was a perfect pick for this dark promo. It’s hypnotic with tribal drums and droning lyrics, providing one hell of a backdrop to that intense trailer. Not being one to stop at […]