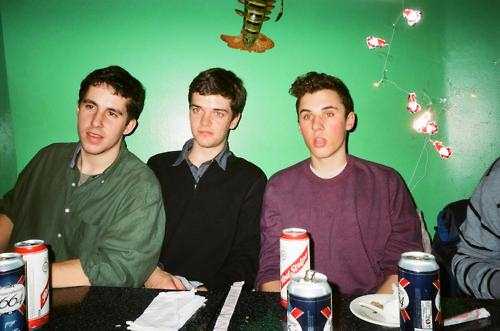 I love jazz. The energy of the artists collaborating is mesmerizing. It’s arguably the most complex form of music, and surprisingly had the most of controversy when the music was still popular. Many big name musicians died at a young age (John Coltrane at 40, Eric Dolphy at 36, and Albert Ayler at 34), and drugs were passed around like no tomorrow. Everyone had cocaine, heroin, or anything to ease the pain of touring and missing payments. Jazz life seemed like a good life to an outsider, but the business was cutthroat and had no remorse. It’s an overlooked form of music today, and that’s partially because of it’s decline in the late 60′s, early 70′s, but the growing popularity of youth culture helped put a stake in the genre for good.

After the death of jazz, I couldn’t help but wonder, “Where did it all go?”. It’s only logical to think that music doesn’t suddenly die for good. If there were huge groups of fans, they couldn’t all leave at the same time. My guess is that jazz helped progress the hip hop movement of the 80′s, which chronologically helped shape today’s popular music. I find it very interesting to see how a super complex form of popular music transform into the simplicity of today’s top hits. Oddly enough, jazz is making a slight comeback. That’s even saying a lot, but with the recent trend of vintage-everything on the rise, the genre has risen to the highest point since it’s decline in popularity.

The jazz hip-hop trio of BadBadNotGood are on the rise, and definitely do not fit in the category of “Underground”, but I had to bring them up. Hailing from Toronto, Ontario, the group has had the likes of Tyler, The Creator reach out to them for a collaboration. Their jazz sound and hip-hop persona has become a trademark to their unique upbringing. The talented members of Chester, Matt, and Alex have created a cool atmosphere that can only be marked by their live performances. Luckily enough, I was able to see them perform on multiple occasions and it oddly reminds me of the DIY hardcore punk scenes of the 1980′s LA core. With this weird mixture of music and culture, how can anyone pass up on it. BBNG are a unique group.

Another reason why I bring them up is because they’re set to release the third album, titled BBNG3, which is a followup to their wonderful BBNG, and BBNG2. The albums have diverse covers of songs by musicians like Odd Future, Kanye West, Nas, and even James Blake. Others like to label them as “Instrumental Hip-Hop”, but I know they have a post-bob sound to them. Their playing style is aggressive, but also very credible. Their soloing style is crisp, and the members like to blend their solos into one another, creating a noise effect that has a punk style. Their appeal spreads from intense jazz snobs to street cred wannabees, but that’s what makes BadBadNotGood the band that stands out among many up and comers. Although still relatively small, I can’t help but see them as household names in a deadly business.

Tracks like, “Flashing Lights”, and “CMYK” prove to me why these guys are continuing to grow. The music is very creative and fresh even if it isn’t originals. The aspect of turnings these songs into jazz pieces is cringe worthy, but the personality behind the band makes it enjoyable and cool. The group itself has a fresh vibe that is unteachable. They’re a real savior to a genre that I would hate to see pass away. Jazz will always be on the back burner to mainstream and indie music today, but BadBadNotGood is turning jazz into an indie genre. They’re taking all the pretentiousness and arrogance out of the genre and making it interesting and cool to everyone. Gone is the hierarchy and conceitedness of the stereotype and in is the cool and fresh version. Thank goodness BadBadNotGood is leading the way of reinventing jazz. I wouldn’t want anyone else with this much responsibility.

A wicked video to give you an idea of their live performances:

My favorite by the group: