← Leonardo DiCaprio set to produce, yet another, Island of Dr. Moreau reboot
Baltimore #1 The Infernal Train is an outstanding neo-gothic read → 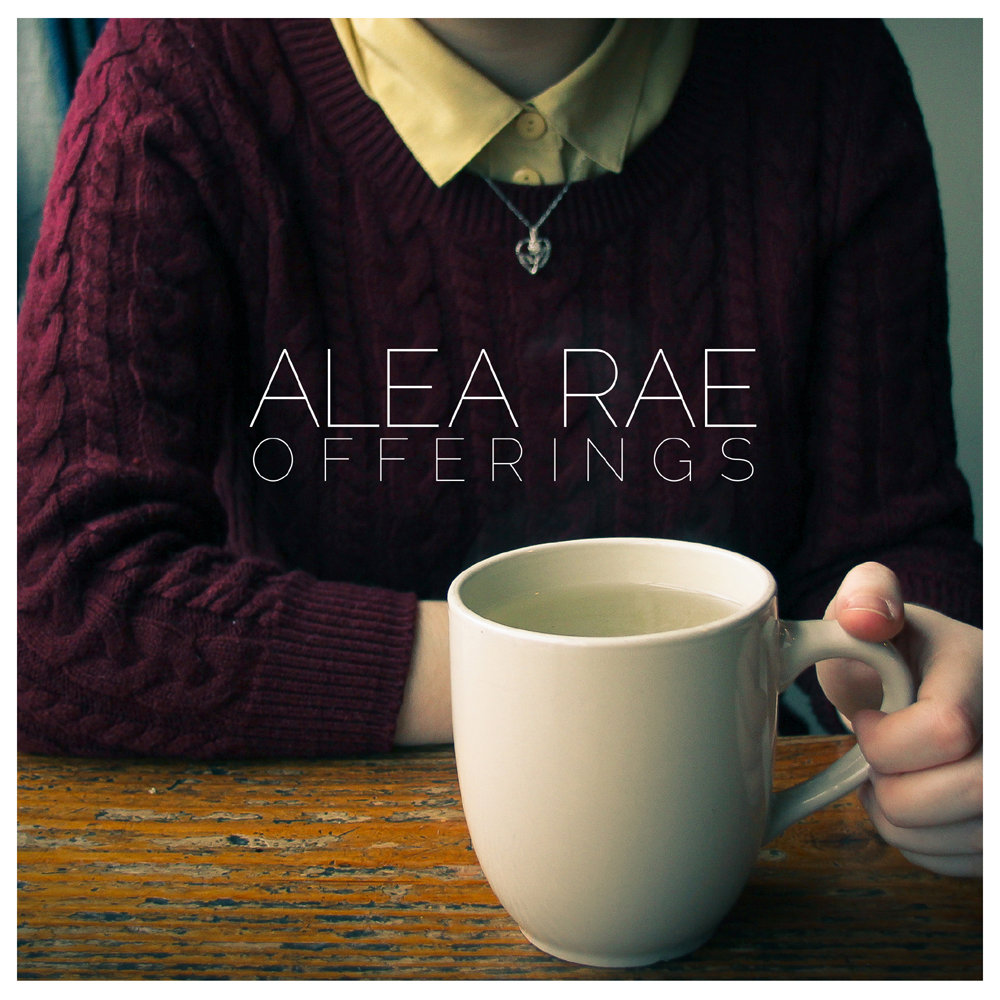 The folk revival is stronger than ever, and it’s fitting that musicians can release music with ease considering social media is only growing. It’s quite ironic to hear something so condensed and close knit be released on this massive universe of the web. Folk music always has a sense of community whenever I listen to it. The personal experiences related to the themes of the songs grasp my attention in such a way, it’s hard to imagine that millions of others can feel the same way with a click of a button. Gladly I can say that Alea Rae isn’t at the million listener mark, but her music should be.

From my hometown of Vancouver, BC, I came into contact with Rae with her debut EP, Offerings. The 4 song, 13 minute long EP covers a lot of ground, but also holds true to the emotional side of folk music. From the beginning of “An Honest Man”, Rae harmonizes with the melody of the guitar, leading into a smooth roll of the drums that vaguely reminisces a band I’ve been really enjoying lately named Typhoon. The instrumentation on this track contrasts the close-hearted opening with a string section that builds until the ultimate climax. Very calming, accessible, and a solid opener for this record. “Teal” takes a different direction, as it’s not as uplifting, but more accepting. The song is raw, real, and fitting to the experiences we have compared to a happy-go-lucky track.

Rae, who’s radical voice is an abstract mix of folk Karen O and Veronica Falls, shines through these cherished songs. Her ability to start in a deep, almost spoken-word croon that grows into a swooning melody is comparable to Marcus Mumford, who I’m not a huge fan of but it’s one of the few things that I enjoy from his music. “Offerings” is a perfect example of Rae’s ability to dynamically shift a song with her voice alone. It’s what makes the song stand out on these tracks. Not to mention the full band provides excitement to the music.

Too many folk musicians can bore listeners with their music. Especially when they begin the long-winded journey of becoming a musician, sometimes a guitar and sad lyrics aren’t enough to capture their future fans. Rae made the right choice in having a backing band grow these ideas into songs. Her lyricism is strong as well, but it’s nothing out of the ordinary. Isolation, distance, longing of home, love, it’s all here in these songs, but “Stunning Silence” proves yet again that instrumentation done right in folk can be a game changer that’s hard to compete with. I’m somebody who pushes musicians to try new things, but Alea Rae does indie-folk a favour with Offerings.

Be sure to check out her bandcamp below and listen to her amazing 4 song EP:

← Leonardo DiCaprio set to produce, yet another, Island of Dr. Moreau reboot
Baltimore #1 The Infernal Train is an outstanding neo-gothic read →